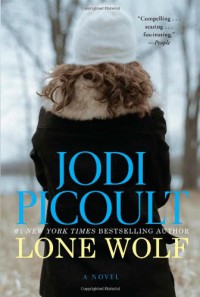 Ms. Picoult is sneaky like that. She doesn't write anything like mystery novels, but there's always one or two secrets that the characters keep from the reader until the end of the book. And I need to know people's secrets! It's a compulsion! So I have to finish her books once I start them, but darn it, I don't have to like them. Especially when the secrets turn out to be not-so deep and dark, as was the case here.
Tweet